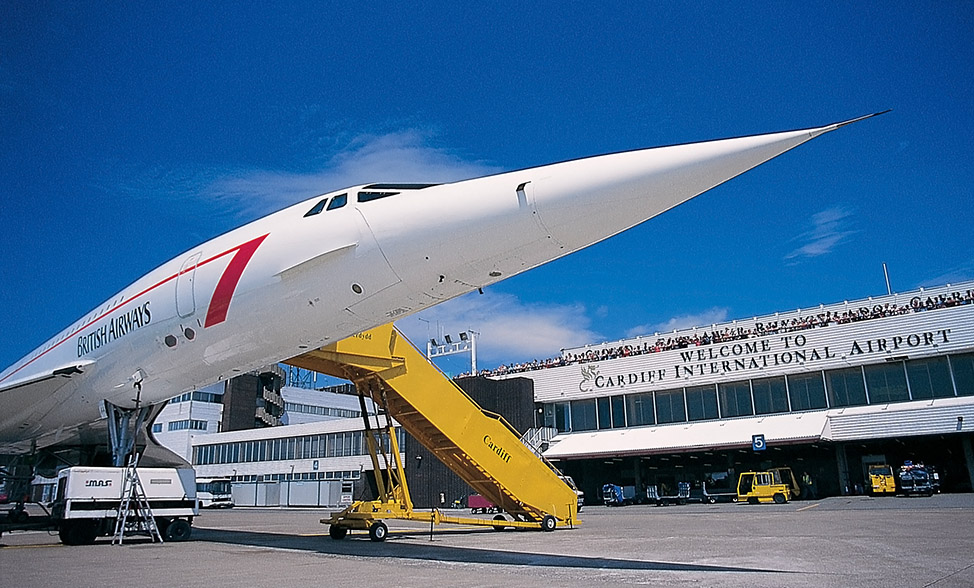 One of the most wonderful working memories I have was photographing the most beautiful aircraft ever built. Concorde was taking day trippers from Cardiff International Airport on a supersonic flight around The Bay of Biscay and I was told to get some shots of it. I wasn’t sure what to expect when I arrived but I ended up in the cockpit and led on the runway as Concorde taxied towards me. In the carefree 90’s security wasn’t what it is today. I couldn’t believe my luck when I was asked if I wanted to go out on a runway inspection before Concorde landed - damn right I did!  I climbed on the back of an open top Land Rover and we drove down the runway looking for debris that may have fallen from aircraft that could pose a danger.

I could barely contain my excitement when security suggested I take photos from alongside the runway as Concorde landed. Getting so close was going to be awesome. She came in over the Bristol Channel but instead of landing it did a low fly past, showboating to the crowds before thundering  back around and onto the runway. I rattled off what I could with my Nikon F90 and transparency film bearing in mind in those days there was 36 exposures on a roll of film and I couldn't afford to waste a shot.

The Land Rover cut across to the airport apron while Concorde turned and began taxiing towards us. What happened next was simply bizarre. The pilot radioed the security guy next to me and asked if I wanted to take a few shots of Concorde from the runway but I had to be very quick as it wouldn't be stopping! The Land Rover stopped in the middle of the runway and I jumped out and led down facing Concorde which was taxiing towards me. I focussed on the dropped down nose as it got closer and closer. I kept shooting as Concorde got within about 30 metres before I jumped back on the Land Rover and we sped off. I want to live forever but there is part of me that likes the idea of my epitaph reading 'Cut down in his prime after being run over by Concorde'.

I went on board and photographed the cockpit which seemed only slightly bigger than my car. I walked freely underneath and got some dynamic wide angle shots. It was an absolute privilege to get that close to the most iconic of aircraft and something that I will treasure forever. Enjoying your work is great but to get an occasional surge of adrenaline in the process is something money cannot buy.

Examining the runway for debris turned out to be quite prophetic when just a year later a Concorde crashed on takeoff in Paris after hitting debris from a DC10 killing 113 people. 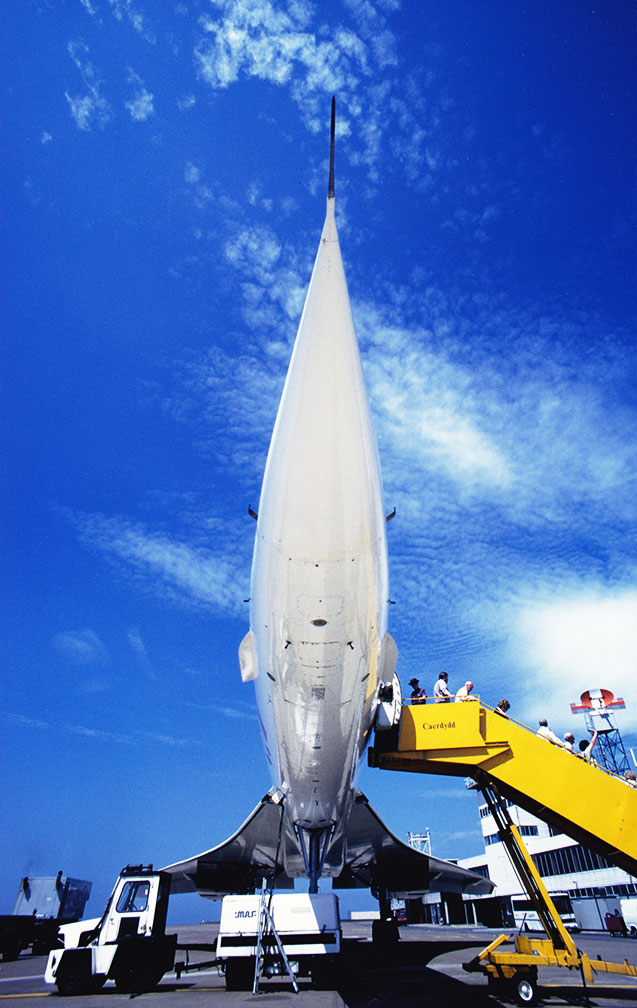 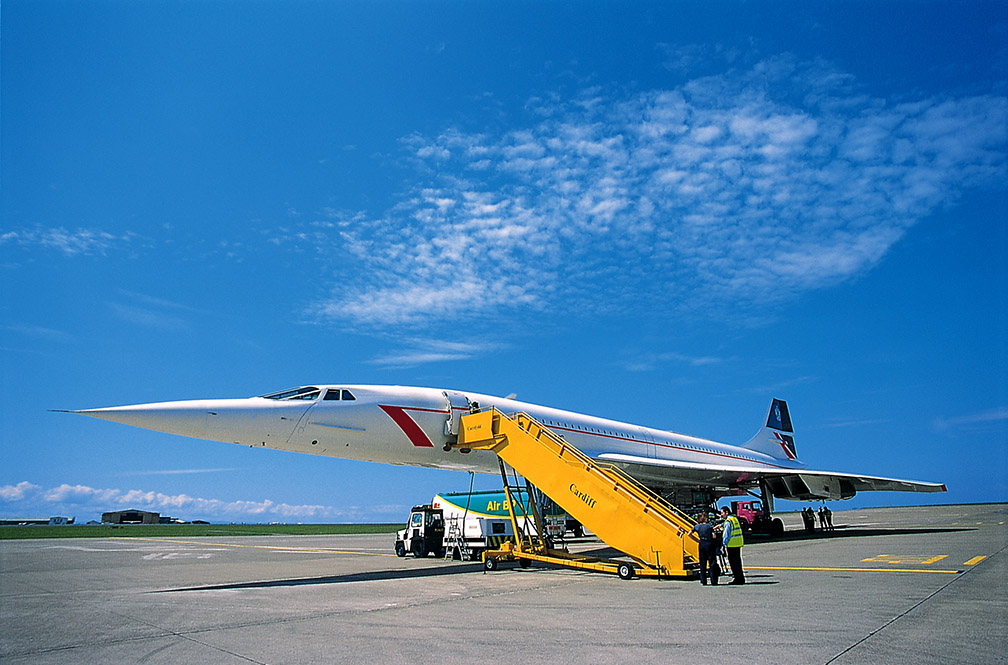